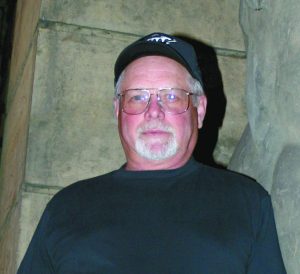 William Lindberg,  72, died in the Kittson Memorial Nursing Home surrounded by friends and family on Wednesday, Feb. 19, 2020, of PSP (Progressive Supranuclear Palsy, a Parkinsonism syndrome) only three years after the initial diagnosis.
William Lowell Lindberg was born on March 7, 1947, in Grand Forks to Duane and Gwen Lindberg. He and his sister, Susan, grew up on the family farm in Kittson County. He was baptized at Maria Lutheran Church and graduated from Kennedy High School in 1965.
Bill attended the University of Minnesota and Gustavus Adolphus College, graduating in 1971, with degrees in mathematics, education, biology, physics and chemistry.
On Aug. 23, 1969, he married Linda Neuleib in Minneapolis. They taught in suburban school districts in the Twin Cities until 1973 when Bill’s father asked him to return to Kittson County to drive semi delivering wheat to the port of Duluth. Bill and “Charlie” (Linda) moved to Kennedy where their son Andrew Arthur was born in 1977 and John William in 1980. Bill continued to drive semi and work on the farm until Duane retired and Bill’s family moved to the farmstead and took over the farm operation.
Bill had many interests and travel was one. When the children were young, the family traveled to visit friends and family in many areas of the U.S. This continued with Christmas trips to even more destinations, and later included trips to Europe. His favorite trip? A 2009 cruise on the Danube with Andrew and fiancée Kate and John and fiancée Angie.
Bill’s passion for fishing came from growing up in northern Minnesota and exploring every bit of the shoreline of Lake of the Woods. Several annual fishing trips with his sons and good friends were a priority throughout his life. He reveled in the camaraderie of those trips, which took him beyond Minnesota to the wilds of Ontario as well as explorations of lakes in the Dakotas. When fishing ebbed, hunting season arrived. What better way to enjoy fall than spending time with his sons and friends at deer camp? Many a story was told at the end of a hard day of hunting over food prepared by Bill. But he wasn’t content to confine hunts to Kittson County, expanding his trips to Texas, Mississippi and twice to South Africa.
There were also many summer and winter trips on his Harley across the U.S. and Canada. His love of riding would sometimes wear out his companions because he could easily put on 700 miles a day!
In service to the community, Bill was an EMT on the Hallock ambulance crew, retiring after 22 years. His boys, who decided to take up hockey in high school, inspired him to adopt the mantle of hockey “mother” and sparked a powerful addiction to the NHL.
Bill was a wonderful father who led his family farm by example. He worked hard, was an amazing jack-of-all-trades and a great friend and role model for Andrew and John. He fostered a love of family, the land, self-reliance and adventure, while encouraging them to explore their own world and passions in their own ways.
Bill is survived by Charlie, his wife of 50 years; his son, John, daughter-in-law, Angie, and grandson, Arthur; son Andrew’s widow, Kate; sister, Susan Griggs (Bob); and nephews, David (Amy) and Thomas (Ana) Griggs.
Bill was preceded in death by his grandparents, Henry and Esther Lindberg, Etta and Verne Antonius; his parents, Duane and Gwen Lindberg; his son, Andrew; aunts and uncles Shirley and Maury Bjerken, Joan Harris, Jean and Bob Gregory, and Erlyce and Ronnie Larson.
Memorial services are scheduled for Saturday, Feb. 29, 2020, at 11 a.m. in Maria Lutheran Church, Kennedy. Visitation will be held for one hour prior to the service in Maria.
In lieu of flowers, make donations to the Andrew A. Lindberg Memorial Foundation, 28 Dale Street S., Unit C, St. Paul, MN, 55102 or the Kittson Memorial Nursing Home, P.O. Box 700, Hallock, MN, 56728.
Austin Funeral Chapel, Hallock, is in charge of the arrangements. www.austinfuneralchapel.com