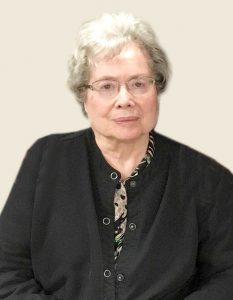 Verna (Vilen) Beneke-Christensen, 90, of Hallock and formerly of Lancaster, Minn., went home to her Lord and Savior Saturday, Oct. 31, 2020, at Kittson Memorial Nursing Home in Hallock.
Verna Vilen was born Feb. 6, 1930, the daughter of Oscar and Thordis (Farbo) Vilen in Hallock. Verna attended Lancaster Public Schools, was confirmed in the Evangelical Mission Covenant Church and was a lifetime member there.
On March 24, 1945, she was united in marriage to Roy C. Christensen. Together they raised their five children, Judith, Charles, David, Lee and Faith on a dairy farm north of Lancaster. Verna moved into Lancaster after Roy’s passing in 1988.
On May 6, 1995, Verna was united in marriage to John Beneke and they resided in Lancaster. John passed away July 17, 2013. Due to declining mobility, Verna became a resident at Kittson Memorial Nursing Home in December 2011. She enjoyed the staff and the many activities there until she became unable to do so.
Verna dutifully performed the tasks of homemaker and farmer’s wife, not always having the newest technology at her fingertips! She was a loving mother and a doting grandmother. She took great pride in her appearance, especially her hair, and believed the glass and mirrors in her home should always be clean and never went anywhere without her purse. She enjoyed cooking, leisurely walks, flowers, hosting holiday meals for extended family, assisting with the Covenant Church Ladies Aids, the Lawrence Welk Show, dancing in her kitchen, singing (especially harmonizing), Sunday drives with Roy and family, travel with John, the many friendships acquired over her lifetime, but most importantly, her personal relationship with Jesus Christ.
Family members include her children, Dave (Suzette) Christensen, Coon Rapids, Minn., Lee Christensen, Lancaster, and Faith (Brad) Masloski, Cottage Grove, Minn.; a son-in-law, Jack Reese, Grand Forks, N.D., and daughter-in-law, Mary Christensen, Moorhead, Minn. Verna was blessed with 12 grandchildren and 13 great-grandchildren.
She was preceded in death by her parents Oscar and Thordis; husbands, Roy Christensen and John Beneke; step-father, Axel Hammerstrom; a daughter, Judith A. Reese; a son, Charles K. Christensen; grandsons, Jason T. Reese and Brian R. Christensen; a granddaughter, Brittany L. Christensen; sisters, Lyla (Vilen) Swenson and Janice (Hammerstrom) Wike and a brother, Gary Hammerstrom.
Out of a concern over the spread of Covid-19, the family held a private services on Tuesday, Nov. 3, 2020, at 1 p.m. in  Austin Funeral Chapel, Hallock. Interment was in Riverview Memorial Garden Cemetery, Lancaster. Rev. Galen, presided. Honorary casket bearers will be Verna’s grandchildren and great-grandchildren. Verna’s family prefers that memorials be given to a charity of your choice.
Austin Funeral Chapel, Hallock, was in charge of the arrangements. www. austinfuneralchapel.com.