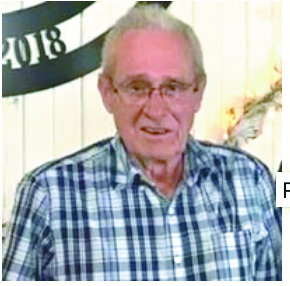 Richard Allan Gatheridge, 76, of Humboldt, Minn., passed away at Karlstad Senior Living on Monday, Dec. 21, 2020.
Richard was born in Hallock, Minn., on March 7, 1944. It was a dark and stormy night—literally—as it was storming so bad a snow plow had to come and get his mother to take her to the hospital. Richard was the son of Irene (Laude) and William Gatheridge.
Richard grew up on the family farm outside of Humboldt and graduated from the Crookston AC in 1962 where his nickname was “Curly.”
In 1964, Richard married Carole Foldoe at the Methodist Church in Humboldt. They farmed for many years until the late 1980s. Richard was a member of the Freemasons and a member of the Humboldt United Methodist Church for many years. He was an avid bowler and bowled on a team with his dad and brothers for many years. He loved to watch the Minnesota Twins and took many memorable vacations with his family. His favorite thing to do was spend time with the love of his life, his wife Carole. They enjoyed going to the casino, traveling and most of all dancing and going to concerts of all their favorite 1950s music stars. Richard retired from MotorCoach Industries where he worked as a Coach Delivery Coordinator.
Richard is survived by his four children, Michelle (Ben) Rosenau, Hallock; Richard W. Gatheridge, Humboldt; Heather Gatheridge, Humboldt; and Michael Gatheridge, Baudette, Minn.; grandchildren, Dustin Laniel, Fargo, N.D; Nicholas Gatheridge, Grand Forks, N.D.; Rocco Rosenau, Drew Westman, Aidan Gatheridge and Helaina Gatheridge; three brothers, Bill (Verna) Gatheridge, Jim (Paulette) Gatheridge and Ron (Susan) Gatheridge; and many nieces, nephews and cousins.
He was preceded in death by: his parents; wife; and daughter, Jill Elizabeth.
Memorial services will be held in the spring of 2021.
Austin Funeral Chapel, Hallock, is in charge of the arrangements. www.austinfuneralchapel.com