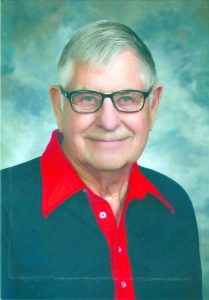 Ronald Leonard Hanson, 88, passed away peacefully at Edgemont Place Alzheimer’s Special Care Center in Blaine, Minn., on Aug. 13, 2021.
Ronald was born in Hallock, Minn., to Swan Leonard Hanson and Anna Helen Magnuson on Jan, 14, 1933. He attended school in Orleans and Lancaster, Minn., graduating in 1950. He attended the University of North Dakota before enlisting into the Army in March of 1953 receiving an honorable discharge in March of 1955 as a Military Policeman at the Presidio in San Francisco, Calif.
Ronald married Maxine Willadson at Hallock in September of 1953. He became a rural letter carrier out of the Orleans Post Office, following in his father’s footsteps. After the Orleans Post Office closed, he transferred to Roseau, Minn., and then retired as the postmaster at Lancaster.
Ronald learned to fly, purchased a plane and loved to fly between Lancaster and the farm. He farmed near Orleans until after he was 80 years old. Ronald was a member of Sion Lutheran Church and was proud to have been a founding member of the Lancaster Lions Club and continued his service until his health began to fade.
He always enjoyed his participation at the Postal Union and Minnesota State Cattleman’s Association activities. Ronald was especially honored to farm with his son, Mark, for a period of time and then have his daughter, Kathy, and son-in-law, Terry, partner with him on the farm and then turned some of the reigns over to Kathy and Terry’s daughter, Danika.
A special interest was building up the partnership’s Limousin cattle business.
Ronald is survived by: a sister, June Drake; his daughters, Kim Kraska (Doug), Ronna Linroth (Terry) and Julie Kraska (Dwayne); his son, Mark (Sonja) and son-in-law Terry Kent; his grandchildren, Krista, Kyle (Nicole), Lucas (Maja), Logan (Jen), Tyler (Alyssa), Jordan (Rebecca), Brian (Laura), Andrea (Chris), Danika (Allan) and Dylan (KayLeigh); 11 great-grandchildren; and numerous nieces, nephews and cousins; and his special friends, Daniel and Philippe Carbonneau.
Preceding him in death were: his daughter, Kathy Kent; parents; sister and brother-in-law, Jeanette and Harold Haubrich; and brother-in-law, James Drake.
A committal service for Ronald will be held at 2 p.m. on Saturday, Sept. 25, 2021, at Riverview Memorial Gardens, Lancaster. It will be followed by a 3 p.m. Celebration of Life and lunch at Sion Lutheran Church in Lancaster.