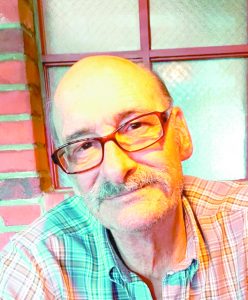 Dale Widerstrand, 68, of Warren, Minn., formerly of Fargo, N.D., passed away at his home early Saturday morning, April 30, 2022, with his family by his side.
Dale Murray Widerstrand was born on Dec. 12, 1953, in Richland, Wash., the son of Don and Nora Goodrich. He was adopted by Erland and Victoria Widerstrand at the age of 6 and raised in Lancaster, Minn. Dale graduated from Lancaster High School in 1972.
He served in the United States Air Force from 1973 – 1981. He met Donna Sjostrand in school and eventually married his “Funny Face” on Oct. 21, 1972. They lived in several places including Alamogordo, N.M., and Minot, N.D., until they settled in Fargo, N.D., where he was an over-the-road trucker. They recently had moved to Warren.
He enjoyed music (especially saxophone and piano) and he loved spending time with his family.
Left to mourn his passing are: his wife, Donna; three children, Jason Dale, Sandra Dawn and Kevin Robert; four grandchildren, Emma, Alexis, Tiara and Joey and two sisters, Konni Melin and Karel Erickson.
He was preceded in death by: his parents; grandson, Jesse Ryan; son-in-law, Robert Cochise; and brother, Don Goodrich II.
A Celebration of Life will be held at a later date.