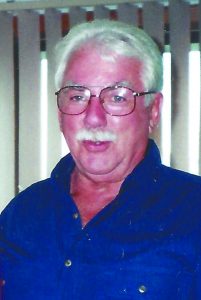 Hugh Allen Bell, 84, of Hallock, Minn., passed away peacefully at Kittson Memorial Healthcare Center on Thursday, Nov. 4, 2021.
Hugh was born on Jan. 25, 1937, to Charles and Sarah (Rankin) Bell in Hill Township of Kittson County, Minn. He attended country school for six years and graduated from Hallock High school in 1954.
After graduation, Hugh worked at Northwestern State Bank until he enlisted in the Army in 1959. Following his military service, Hugh moved to San Francisco and later to Los Angeles where he built a successful employment agency. In 1983, Hugh went to seminary, becoming a minister at Founders Church of Religious Science. In 2001, he moved back home to Hallock and purchased a hobby farm. He enjoyed his many different animals and his favorite British White cows.
Hugh is survived by nieces and nephews.
Hugh was preceded in death by his parents, Charles and Sarah; and brothers, James, Jack and Donald.
Memorial services are scheduled for Friday, June 17, 2022, at 2 p.m. in Austin Funeral Chapel, Hallock. Interment will be in Greenwood Cemetery, Hallock. Military honors will be accorded by the Lancaster American Legion Post.
Austin Funeral Chapel, Hallock, is in charge of the arrangements. www. austinfuneralchapel.com.